Our family is relocating from Florida to Michigan and contacted Mike to help us with the search. He was very accommodating with us, and our last minute requests to expand the search area. When we did find a house, Mike was quick to reach out to listing agent and coordinate a quick appointment and helped us execute an offer that day. Due to us being out of state, and purchasing a house sight unseen, we had to have an agent we could trust. Mike kept the lines of communication open with my wife and I throughout the whole process. We couldn't imagine it going any smoother.

Mike was great to work with and was very understanding to our needs. He's a pleasure to work with.

Mike did a wonderful job in handling the sale of our home. You can tell he truly loves his job and takes pride in showing your home. He is thorough and considerate. He calmed our nerves and answered our questions. I highly recommend Mike to take care of anyone who is looking to buy or sell their home.

As a full time career agent, Mike Galinac brings years of experience and professionalism to the process which makes him a pleasure to deal with. Mike is the only realtor I would consider to handle all of my real estate transactions since I met him 10 years ago.

J. Michael Galinac, Mike, won us over with his knowledge, personality and responsiveness right from the start. It was clear from our first correspondence that he was the right broker for us. Our purchase process was drawn out and challenging due to the nature of the sale, but Mike was always responsive and focused. He had a knack for providing the right advice at the right time and was available on short notice when needed. Mike's experience and knowledge was invaluable is helping us through the purchase process. He gave us great advice about the local market and even had excellent tips about dealing with our closing. We had an excellent outcome that I believe would not have been possible without his guidance. I rarely give all 'Excellent' ratings on surveys like these, but this is how we rated Mike--he really earned them. I have nothing I could say that could have been improved about our experience with him...he really is this good.

Mike is a world-class Realtor.

Highly recommend Mike for anyone looking to sell their property. Mike is the most professional and trustworthy Realtor that I know. He has sold several of my properties. He always follows up with phone calls and gets your property sold, and he works very hard to make the deal happen.

From my first encounter with Mike I knew I was making the right choice in having him in charge of selling my property. It became further evident when he showed me the photos of my property (that he personally took) of how serious he was about getting my home sold. Using the feedback we received also helped in making adjustments, which ultimately led to the sale of my property. His ability to communicate clearly and keep me informed throughout the entire process was greatly appreciated. I would not hesitate to recommend him to any of my family or friends if they are in the need of an outstanding agent.

Mike did a wonderful job helping us find our new home. We were out of state, looking for a new home in state, and he made a point of working with us and our travel constraints to make sure we got to pick out and look at a good set of potential homes. When it came to making a choice, he was there keeping communication with the seller going strong and positive, while negotiating for the best for us. While we hope this new home is where we spend the rest of our days, if we had to find a new home we would definitely come back for help.

There is no room for improvement. Mike did everything asked of him and more. He never missed a call back in fact I don't think I ever had to leave a message. He helped us through the marketing process and made great suggestions for the sale of the house. He sold our house in less that 12 hours for more than we were asking. We asked him to sell it quick and boy howdy did he!!!!!! Thank you Mike and Century 21. Every house we have bought or sold has been through Century 21 and with a staff like you have it will stay this way.

Mike has been wonderful to work with. He Is very professional and I would be more than happy to recommend him to anyone. He has been very helpful and was able to answer all questions and concerns.

Mike and our team linked together in 2008 when our real estate investment company was in its infancy. Since then Mike has been instrumental in our growth and success even during the housing bubble. Utilizing Mike's market knowledge and experience, we successfully navigated our company posting profit year after year. Mike understands our needs and only brings us listing that are within our parameters. He navigates all of the purchasing/closing documents and sets appointments with appraisers, lenders, and title companies making the process as simply as showing up and signing on the dotted line. This is how explicitly we trust Mike and have confidence in his knowledge and expertise.

Mike helped us sell two homes and to buy our dream home all within a few months. We could have never pulled off all of those transactions without an experienced knowledgeable agent like Mike. Great job! I couldn't be happier with the results.

Michael Galinac is a true professional. We have known him for many years and have always recommended him to my family and friends and will continue to do so. Trustworthy, ethical, loyal, dedicated committed and thoroughly experienced describe Mike. He always followed up with us and kept us informed. A big thank you to a wonderful realtor.

Mike has been assisting me with purchasing and selling homes as an investor for 3 years. He is knowledgeable about the Oakland County area, easy to work with, and straight forward in his approach which I appreciate very much. He is a hard worker and is willing to work around my schedule to meet, whether it be an early morning, late evening, or weekend time frame. I consistently rely on his advice regarding competitive pricing and property conditions and consider him a valuable part of my business team.

I have dealt with Mike Galinac for 3 real estate transactions. I have found him very professional and knowledgeable regarding such things as accurate pricing of homes, suggestions on making the home more attractive to buyers at minimal cost to the seller, etc.I have been the seller the last 2 times and the first condo sold within 48 hours and the last home we sold had a buyer within 30 days. This home had several issues that made it more difficult to sell. Even so, we closed 60 days after listing. I would strongly recommend Mike Galinac to others and would request his assistance again in the future if the situation arose.

Mike Galinac was a great help and I would recommend him to anyone. As a first time home buyer I was clueless about the process and Mike guided me along the way, explaining everything with clarity and detail. There was nothing left unchecked as Mike is a very detail oriented person who knows his craft. As a testament to his expertise, when signing for the house at the closing, the selling agent was very impressed with Mike's knowledge and negotiation skills. He knew the surrounding areas very well and was very quick to answer any of my questions or concerns. I couldn't think of a better person to have while searching for a home. Thanks Mike!

Mike handled my daughters house about eight years ago. When we decided to start looking she told me to call Mike, he was good. Mike had been working with us for several months. Whenever I found a house I wanted to see, Mike would set up the showing to our time frames. Mike knew what we wanted and continuously sent emails with suggestions. Mike was never pushy or neglectful. Mike went above and beyond, researched his archive files, found a house that had previously bee on the market, but no longer was. Mike called the homeowner to ask if he was interested in selling again, to his surprise the homeowner was about to list it with his agent the following week. Mike set up a showing, we made an offer, home owner excepted, and we are moving in! Mike went above and beyond as an agent. Mike will be listing our former residence when it's ready, along with our neighbors!!!

Mike did such a great job assisting in my previous property sale and purchase that I didn't even think of going to anyone else this time around. He makes the entire process as fun and quick as possible. I'm very happy with his services and highly recommend him to others.

He is knowledgeable, honest, and professional.

Mike will work hard for your family. He considers all the things that are important for your dream home and makes it work for your budget! We bought our home and used him for selling our house too. Great communication. The whole time. He sold our house within 5 days of listing! I would recommend him to everyone I know! Thanks Mike!

J. Michael Galinac was referred to us by the mortgage lender at our bank He worked with Mike in the past and thought Mike would be a good fit for us. And he was! It is important to trust and enjoy working with your realtor, and we did! Mike was always accessible, professional, and knew what we were looking for. We will recommend him to our family and friends.

Mike came highly recommended and I understand why! He was quick to set up showings for any house I threw at him, he was always on time and friendly, and he dealt with the indecisiveness of a first-time home buyer with ease. Huge thank you to him and the Century 21 team!

Mike did a great job establishing the price, then marketing it to the right people. The house sold in five days of listing. And got me the asking price. What more could you ask for?

Awesome Realtor. Really understood our needs. We had used him before, and when we knew we were ready to sell, we would only be calling him and ONLY him. Mike's a real gem. Century 21 should be happy to have him on their team. We WILL be recommending him to friends and family. 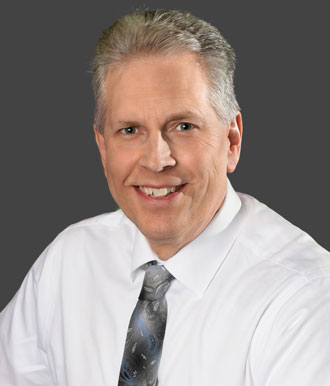 "J. Michael Galinac, Mike, won us over with his knowledge, personality and responsiveness right from the start. It was clear from our first correspondence... continued"
- John, Pontiac
View All